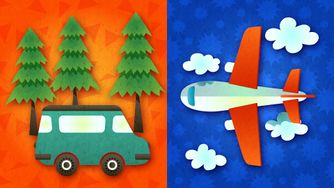 Cars vs. Planes was a Splatfest event in Splatoon. It was held for North America only. It was announced on 2 October 2015. The results were given on 11 October 2015.

The three stages selected for this Splatfest were Blackbelly Skatepark, Port Mackerel, and Kelp Dome.

Results if Planes were to win