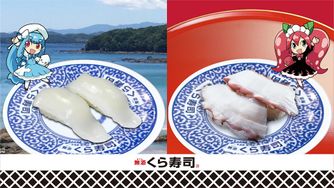 Squid vs. Octopus was a Splatfest event in Splatoon. It was held for Japan only. It was announced on 1 October 2015. The results were given on 11 October 2015.

Although this Splatfest appears to pit the races of Inkling and Octarian against each other like in Squid vs. Octopus (2018), it actually pits the types of sushi against each other instead, in cooperation with the Kurazushi restaurant chain.

The three stages selected for this Splatfest were Port Mackerel, Bluefin Depot, and Hammerhead Bridge.