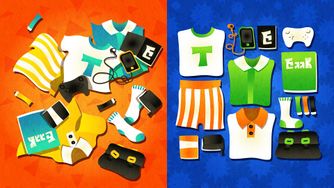 Messy vs. Tidy was a Splatfest event in Splatoon. It was held in Europe and Oceania. It was announced on 12 September 2015. The results were given on 20 September 2015.

The three stages selected for this Splatfest were: Urchin Underpass, Bluefin Depot and Hammerhead Bridge.