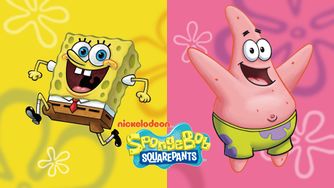 SpongeBob vs. Patrick was a Splatfest event in Splatoon. It was held for North America, Europe, and Oceania. It was announced on 14 April 2016. The results were given on 24 April 2016.

The event theme was based on the television series SpongeBob SquarePants. Participants chose between the main character, SpongeBob, and his friend, Patrick.

SpongeBob vs. Patrick was the first Splatfest to match players against players from other regions, and was also the first to last for over 24 hours, lasting for 30.

The full name of each choice was "SPONGEBOB" and "PATRICK". The team name portion of Splatfest titles was "SpongeBob" and "Patrick".

The three stages selected for this Splatfest were Urchin Underpass, Bluefin Depot, and Piranha Pit.