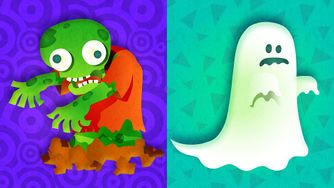 Zombies vs. Ghosts was a Splatfest event in Splatoon. It was held in Europe and Oceania. It was announced on 31 October 2015. The results were given on 8 November 2015.

The three stages selected for this Splatfest were: Blackbelly Skatepark, Camp Triggerfish and Port Mackerel.

Team names were changed to Zombie vs. Ghost.