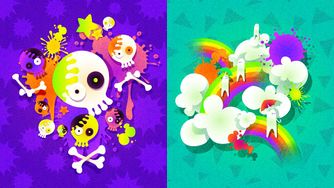 Rock vs. Pop was a Splatfest event in Splatoon. It was held in Europe and Oceania. It was announced on 27 June 2015. The results were given on 5 July 2015.

The three stages selected for this Splatfest were: Urchin Underpass, Walleye Warehouse and Port Mackerel.