Hello there! My ign is YOLO2020! My FC is 4971-5307-7990. I will accept friend requests. I have a lot of outfits for my inkling in Splatoon 2, so if you see me, I will most likely not be wearing the outfit my Inkling has below. I have Splatoon, but I don't have it hooked up to the internet yet. I also play Splatoon 3. 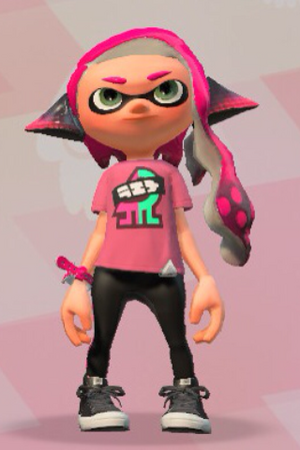 Splat Zones: A-
Tower Control: A
Rainmaker: A
Clam Blitz: A

Return of the Mammalians-99.97% (Haven't done three levels and After Alterna)

I didn't choose Team Neo, but I do like Barnsquids.

I didn't participate in it, but I did vote for a side.

Kelp Dome (I don't know why other people hate it)

Hero Roller Replica (would be my main in S1)

L-3 Nozzlenoses (they're actually not that bad)

Almost all, but the ones listed are my absolute favorite!

Calamari Inkantation (The Splatoon 1 version is the best song in the entire series...you cannot change my mind)

People squidbagging me after I die in Ranked

Splatoon 3 kicking everyone out of the lobby during the first minute of the match because someone disconnected.

People being rude to the Inkipedia Staff Members

2. The water levels are receding in Splatoon 3. Why else would we be able to see the Eiffel Tower? In Splatoon, we learned that the water levels rose and killed off the remaining humans.

Talk to me here!

My first requested rights for Patroller!

Best songs of all time!