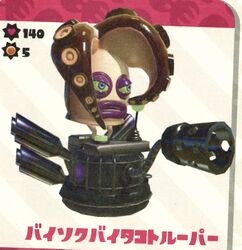 Their appearances are almost the same as those of their standard counterparts, but their tentacles are slightly darker. Their vehicles are also slightly darker and has exhausts which allow them to move side to side more quickly.