This article lists characters in the Splatoon series.

Some Octarians, ready to battle Inklings and protect the Zapfish.

The Octarians are the main antagonistic species of the story mode in Splatoon. They reside in Octo Valley, and are responsible for stealing Zapfish from Inkopolis. Their main ink color is dark fuchsia. The Octarians fought against the Inklings for territory in the Great Turf War and lost. Unlike Inklings, the species includes a great number of sub-species that act differently from each other.

DJ Octavio is the leader of the Octarians in the single-player story modes Octo Valley and Octo Canyon.

Salmonids are a species of salmon introduced in Splatoon 2's Salmon Run. They reside far off the coast from Inkopolis on man-made islands called "Spawning Areas". Like Octarians, they have many different varieties. They are fought in Salmon Run as enemies, but in Splatoon 3, one becomes a helpful character.

The Telephone, also known as Commander Tartar, is the main antagonist of the Octo Expansion. It created the Sanitized Octarians by sterilizing them with primordial ooze.

Mr. Grizz, CEO of Grizzco is the main antagonist of Splatoon 3 Return of the Mammalians. He is the creator of Fuzzy Ooze.

Inklings and Octolings in Splatoon 3.

Inklings are a sentient race of squid-like humanoids who are the main playable species in the Splatoon universe.

Octolings are the Octarian equivalent to Inkling, being octopus-like humanoids. They serve the Octarian military, while many have left and integrated into Inkling society.

Jellyfish can be seen scattered in the cities and across various Stages.

A species and type of currency in the Splatoon series Their sole use is to increase the number of slots on gear or reroll all gear abilities on a select piece of gear.

Creatures that appear in Octo Valley, Octo Canyon, and in The Crater. The player must rescue one at the end of every level in order to proceed in the story. To take the Zapfish, the player must burst its shield with ink, like the Rainmaker's shield. Then they must touch it and the screen and music will change to say that they have passed the level. 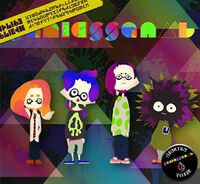 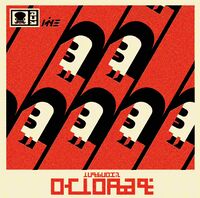 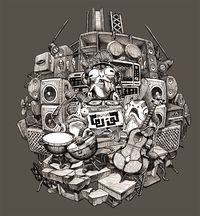 Several denizens of the deep.